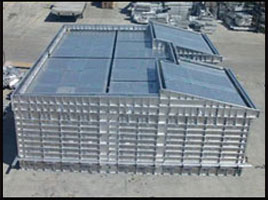 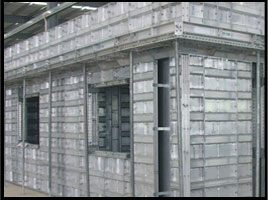 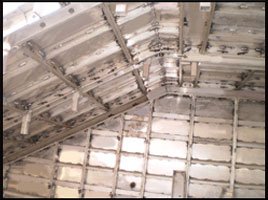 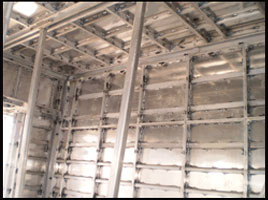 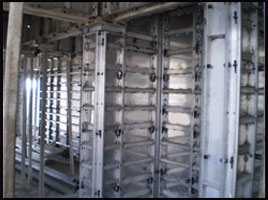 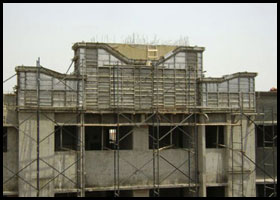 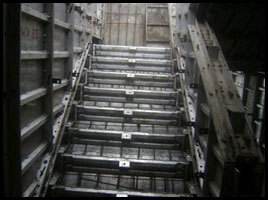 Traditionally, timber and plywood were used as formworks for the construction of concrete structures. It is still the most widely used medium as it is the most versatile since they can form the most intricate shapes and forms of the structures. However, it needs many skilled and unskilled workers besides being very time consuming. In today's competitive market, speed, quality and efficiency is of primary importance.

In view of this, many various construction systems in steel have been in use over years. However, all these systems are not "complete" systems, in that they are able to form only parts of the building structures such as the walls/ column/ beam/ lift core, etc. , none is capable of producing complete floor/ structure in single pour.

With introduction of the Ishaan Aluminum Formwork System you can cast a complete floor including walls, floor slabs, balconies, staircases, lift shafts, window hoods, as well as columns and beams.

Ishaan Aluminum Formwork System completes the entire structure of multi-storey buildings at the rate of four days per floor and single/double storey housing at the rate of one house per day.

The flat, off-the-form finish produced by the Ishaan Aluminum Formwork System simply requires a 2-3mm skim coat before decoration, thus eliminating the need for plastering. In addition, all the elements of the building are accurately dimensioned and are vertical, horizontal and square in plan and section as intended, so that remedial works to correct inaccuracies are eliminated.

Ishaan Formwork System enables all concrete to be cast monolithically, thereby eliminating joints, which in turn is beneficial in avoiding leakages.

The system provides an inherent safety features in the use of props which need not be removed to release the slab forms. Overlooking of re-propping is one of the most common causes of fatal accidents on building sites.

The need to carry the cost of scaffolding for the construction of the structure is eliminated, as the Ishaan System provides its own work platform brackets, which ascend the building as it being constructed. There is the added advantage that the infrastructure can now proceed in parallel with the building construction, as the contractor has unimpeded access to the base of the building.

The complete system can be erected and dismantled without cranes, using unskilled labour equipped only with hammers.

Our Systems Ishaan Vs Conventional System